Figure 1. The data rates and distances of 5G fronthaul and middlehaul 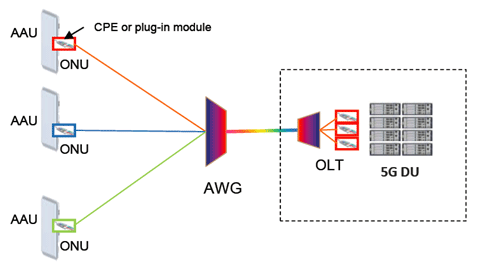